The fifth day of the fifth month of the lunar calendar is an important traditional Chinese festival—-the Dragon Boat Festival. On this day, every family has to eat zongzi, drink realgar wine, hang calamus and wormwood, and some places also hold dragon boat races.

There is a widely circulated story about the Dragon Boat Festival. In ancient China, there was a great patriotic poet named Qu Yuan. On the fifth day of the fifth lunar month in 278 AD, Qu Yuan plunged into Jiuluojiang in despair and anger. After hearing the news, the local people immediately rowed to rescue them, but in the end, they were salvaged to Dongting Lake and did not find Qu Yuan’s body. To pin their sorrow for Qu Yuan, people rowed boats on the river to express their nostalgia for Qu Yuan. This behavior has evolved into the current festival item-the dragon boat race. The people were also afraid that the fish in the river would eat Qu Yuan’s body, so they brought rice cakes from their homes and threw them into the river, lest the fish and shrimps would eat Qu Yuan’s body. This formed the custom of eating zongzi. 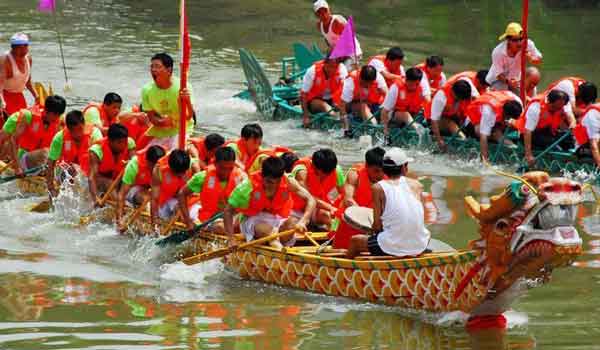 All employees of Longzhong Heavy Industry are here, wishing the people of the world a healthy Dragon Boat Festival.