The upper part of the hydrocyclone is a hollow cylinder, and the lower part is an inverted cone that communicates with the cylinder. The two make up the working simplify of the hydrocyclone. The upper end of the cylindrical barrel is tangentially equipped with a feeding pipe, and the top is equipped with an overflow pipe and an overflow conduit. There is a grit chamber at the bottom of the conical cylinder. The parts are connected by flanges and screws. Feed openings, barrels, and grit openings are usually lined with rubber, polyurethane, silicon carbide, or diabase cast stone to reduce wear and replace after wear.

How a hydrocyclone works

The separation of the mixture under high-speed rotation is achieved by using strong centrifugal force. A classic static hydrocyclone, for example, uses external pressure to push the feed mixture into the cyclone at a high velocity. Since the mixture moves along the tangential direction of the cyclone, this will cause the liquid to rotate along the wall of the cylinder, which is generally referred to as an external swirl.

The particles in the external swirling flow are affected by centrifugal force. If its density is greater than that of the surrounding liquid, the centrifugal force it is subjected to will increase. Once the centrifugal force is greater than the liquid resistance caused by the movement, the particles will overcome this resistance and move towards the wall of the vessel and separate from the surrounding liquid. It is collected near the underflow port to form a suspension with a high degree of consistency and is discharged from the underflow port.

The separated liquid rotates and continues to move downward. After entering the conical section, the rotation speed of the liquid is accelerated due to the gradual reduction of the inner diameter of the hydrocyclone. Due to the uneven distribution of the pressure in the radial direction of the liquid when the vortex is generated, the closer it is to the axis, the smaller it is, and it tends to zero when it reaches the axis, becoming a low-pressure area or even a vacuum area, causing the liquid to move in the direction of the axis. At the same time, because the underflow port of the hydrocyclone separator is greatly reduced, the liquid cannot be quickly discharged from the underflow port, and the overflow port in the center of the top cover of the cyclone chamber moves a part of the liquid toward it because it is in the low-pressure area, thus forming an upward rotating motion. , and discharged from the overflow port. 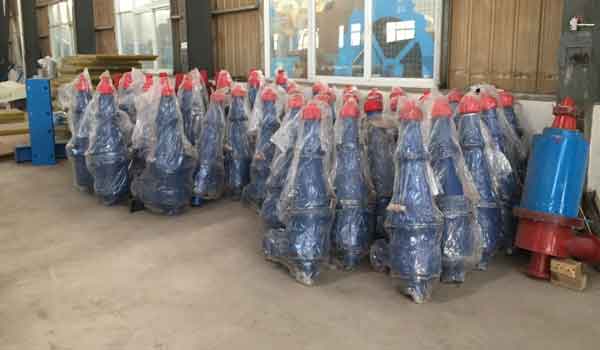 The hydrocyclone is mainly used in mineral processing

3. Desliming and concentration of the pulp.

Next：What are the advantages of mining circular vibrating screens