How to solve these five common problems of hydrocyclones

The hydrocyclone is a more effective fine-grain classification equipment in the current mineral processing equipment. In daily production, the hydrocyclone will more or less have some equipment failures. If it cannot be discovered and solved in time, it is likely to cause the hydrocyclone to stop. So, what are the common faults of hydrocyclones in daily operation? How can we solve these failures? This article starts with five common faults and analyzes their causes and countermeasures. 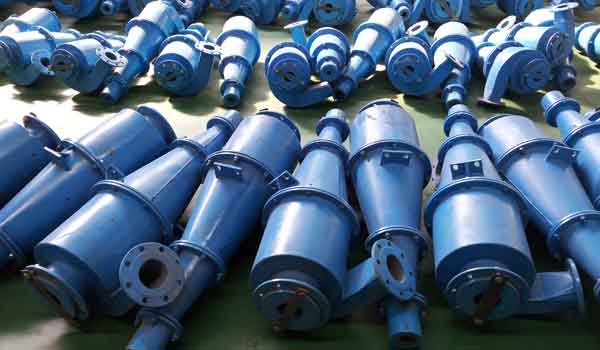 1. Large fluctuations in the pressure on the mine

1) If the feed pressure fluctuation is caused by the drop of the pump tank liquid level, it can be adjusted by increasing the liquid level, or closing one or two cyclones, or reducing the pump speed.

2) If the feed pressure fluctuation is caused by the pump blockage or wear, the pump needs to be repaired. 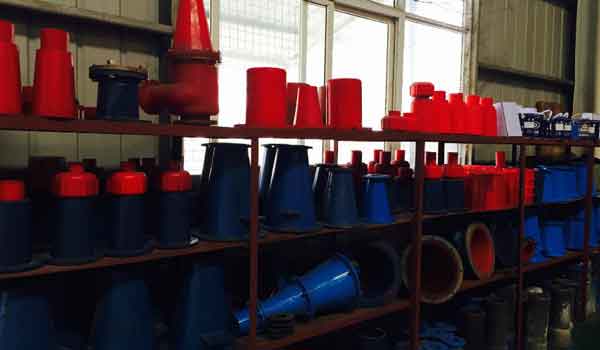 2. The hydrocyclone is blocked

1) If the overflow and underflow flow is reduced, it may be that the feed port of the hydrocyclone is blocked. At this time, close the feed valve blocking the hydrocyclone, remove it, and remove the blockage.

3) To prevent blockage, facilities for preventing coarse materials and debris (such as chip removal screen) can be installed in the feed pool of the hydrocyclone unit. At the same time, the feed pool should be emptied in time when the machine is stopped, to avoid accidents Because of precipitation and high concentration, it can cause clogging. 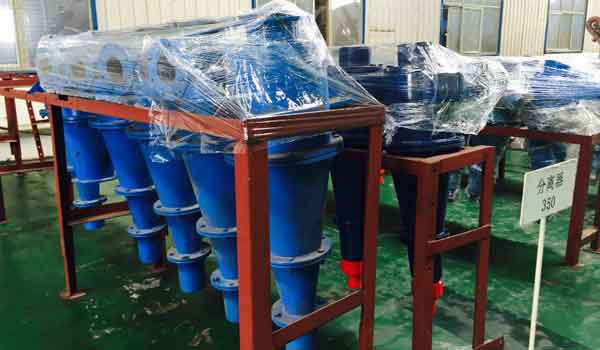 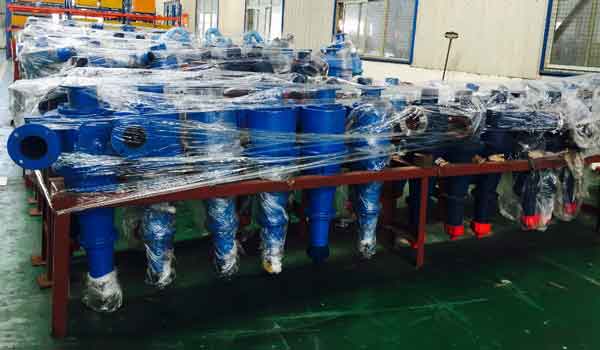 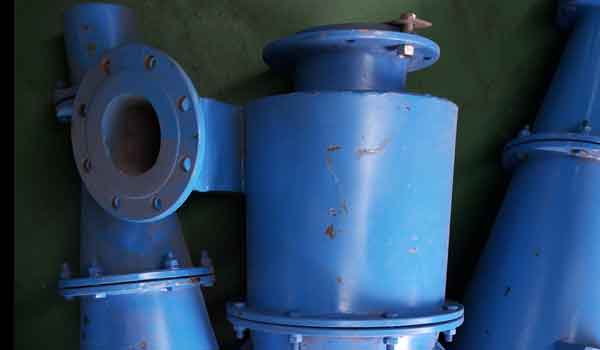 5. The grit nozzle is spray-like or rope-like

1) When the grit nozzle is spray-like, it can be adjusted by replacing the small grit nozzle.

2) When the grit nozzle is in the shape of a rope, the size of the grit nozzle can be appropriately increased, and the cyclone operation can be stopped to clean up the blockage. 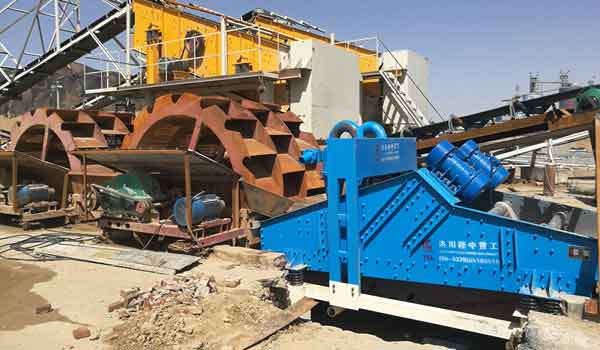 The above are the reasons and countermeasures for common failures of hydrocyclones. For equipment to operate stably and efficiently, in addition to selecting equipment types that meet the beneficiation process, daily maintenance and maintenance are also particularly important. It is recommended that all mine owners consult with professional hydrocyclone manufacturers when purchasing, and comprehensively consider the frame selection process and beneficiation equipment to further improve the work efficiency and economic benefits of the beneficiation plant.

Previous：How To Solve The Problem Of Gravity Thickener

Next：How to install the vibration motor of the dewatering screen